Written by
Geethika Babu
and medically reviewed by Sumiya Sulthana

Weight watcher's group grew from a weekly weight loss group of friends to become one of the world's most popular diet plans. Read the article to know more.

Contents
How Does This Program Work?
How to Sign Up for the my WW+?
How Does the Diet Work?

Jean Nidetch founded WW in her Queens, New York home in 1963. Initially, WW used an exchange system in which foods were counted by serving size, similar to the diabetes exchange system. It introduced a points-based system in the 1990s, assigning values to foods and beverages based on their fiber, fat, and calorie contents. WW has revamped the points-based system several times over the years, most recently with the launch of the WW+ program, which adds a new level of personalization.

How Does This Program Work?

This program focuses on SmartPoints which can be earned by making better food choices. This, in turn, allows you to track your food intake. SmartPoints calculate a food's protein, carbohydrate, fat, and fiber content.

Foods that are the best are those that:

Your daily points are calculated based on the amount of energy your body requires to lose weight, which is determined by gender, age, height, and weight. You can divide your points between breakfast, lunch, dinner, and snacks. WW offers a variety of meals with calculated points, such as a serving of fruit and yogurt (worth 3 points) or pizza (6 points). While earning points is an important part of the program, WW wants you to be active.

The first step in signing up for the new WW+ systems is by completing a personal assessment. Following the completion of the assessment, WW provides you with a report that identifies your strong habits, such as exercising, and areas where you could use some assistance, such as eating better or getting more sleep. Following that, you will select the type of membership you want.

Among the current options are:

How Does the Diet Work?

The myWW+ takes a scientific approach to weight loss, emphasizing the importance of portion control and food selection. WW does not guarantee unrealistic results like other fad diets. Depending on the plan chosen It informs its members that they can expect to lose 0.2 to 0.9 kg (0.5 to 2 pounds) per week.

The program emphasizes lifestyle changes and advises participants on making better decisions by utilizing the SmartPoints system, which prioritizes healthy foods. Numerous studies have shown the Weight Watchers diet to aid in weight loss. WW is one of very few weight loss programs with randomized controlled trials, which are regarded as the "gold standard" of medical research.

According to one study, people whose doctors told them to lose weight, lost twice as much weight on the WW program as those who received standard weight-loss counseling from a primary care professional. Furthermore, a meta-analysis of 39 controlled studies discovered that compared to participants who received other types of counseling those people in the WW program lost 2.6 percent more weight. Another controlled study of over 1,200 obese adults found that those who followed the WW program for a year lost significantly more weight than those who received self-help materials or brief weight loss advice. Furthermore, compared to other groups, participants who followed WW for a year were more successful at maintaining their weight loss over two years.

Over a year, most studies on the WW diet find that participants lose an average of 10 to 15 pounds (4.75 to 6.76 kg). However, keep in mind that these studies were conducted before WW's new myWW+ program. As a result, more research on the effectiveness of myWW+ is required, even though the plans continue to emphasize many of the same basic principles as the WW programs studied, such as the use of SmartPoints.

WW was named the "best weight loss diet" by U.S. News & World Report in 2019. It was also tied for second place with the flexitarian diet (a part-time vegetarian diet) as the "easiest diet to follow," trailing only the Mediterranean diet, which was ranked first as it is convenient and simple to follow on a daily basis and the points system allows participants to choose what and when to eat. The WW app or website can quickly tell participants how many points are in a portion of food (the database contains information on 300,000 foods), or participants can make a meal using one of the website's 4,000-plus recipes. Through the three plans, participants can also choose the format that best fits their lifestyle, whether it is losing weight, getting physically fit, or developing a healthier mindset.

What are the causes and management of hair fall?

Query: Hello doctor, I am a 23-year-old-female. I have been losing a lot of hair since last year. I do not see any bald patches but I do see my hair thinning over time. I do not understand why this is happening since I have always had a mane full of thick hair. Is there any way I could stop the shedding o...  Read Full »

How to treat tongue twist and hand shivering in an alcoholic?

Query: Hi doctor, My father is an alcoholic. He has not been eating for the last 15 days. He is now suffering from insomnia. He is able to see abnormal things like people standing near to him. He has lost weight. He is having heavy sweat at night on the forehead. His tongue twists and has shivering hands. ...  Read Full »

Are chest burn, stomach pain, and blood in stools signs of blood cancer?

Query: Hello doctor, I am a 28-year-old female. I have a 2-year-old baby through c-section. My doctor did a blood test and said I have H. pylori infection because I felt some symptoms like chest burning and continuous burping. Three weeks before my doctor gave me antibiotics Clarithromycin 500 mg (one tab...  Read Full » 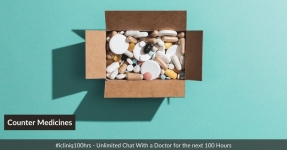 What Are the Grave Hazards of Self-Medicating? 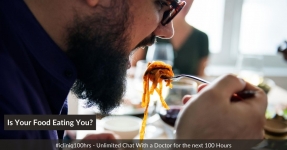 How the Food You Eat Affects Your Health? 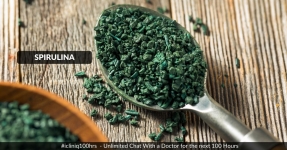 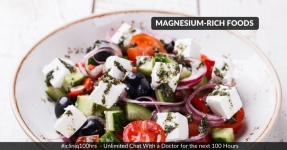 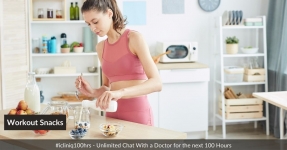 What to Eat Before and After a Workout?

Do you have a question on Weight Watchers Diet or ?